You are here:  Home / News / TSMS in the News / 'The arts connect' at school's International Night 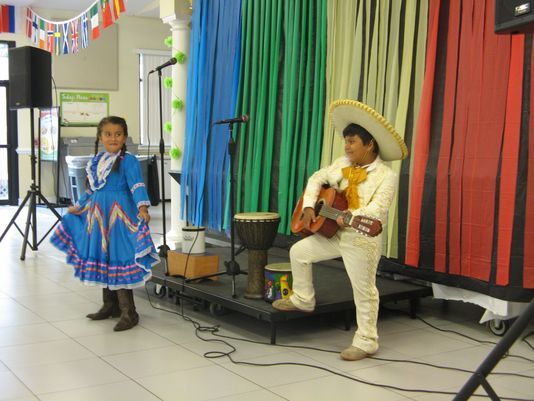 Ahmet Temel is the principal of Tallahassee School of Math and Science and he wants to learn to play the guitar.

Not quite middle-aged, he laments not having access to the instrument in his youth. “Why have 43 years passed and I’ve missed it? Because I wasn’t exposed. If I’m not exposed, how would I know? We’re trying to do that here at TSMS. Yes, we’re a math and science school, but we’re trying to create exposure to as much as we can.”

Temel is of Kurdish descent and grew up in Turkey. He’s lived in England and the United States and has felt accepted in all the places he’s called home, but he’s aware that’s not everyone’s reality. He and his colleagues have created a welcoming school atmosphere and an annual International Night celebration for students and their families.

“We are one of the most diverse schools in this town,” Temel said. “We have people from Europe, the Middle East, Africa, South and Central America, and Canada. We have students who are French and German whose parents are here as visiting scholars. We want to showcase that and bring all the kids and parents together. It’s a great way to get to know one another.” 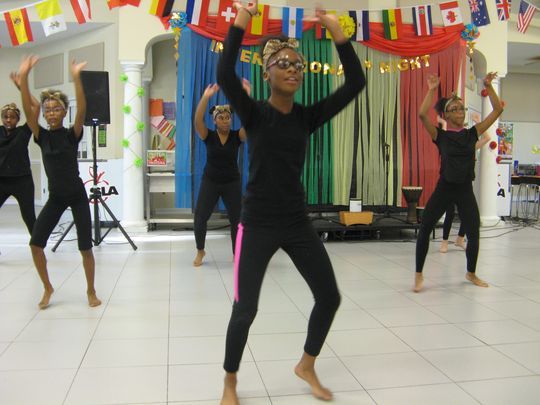 International Night is an opportunity for students to highlight their heritage. Through food, art and song, families share their traditions with one another. From belly dancing to the display of American Indian artifacts, the celebration boasts a wide variety of cultural experiences. Students performed Mexican music, African dance and demonstrated capoeira, an Afro-Brazilian martial art that draws on elements of dance, acrobatics and music.

Growing up in Turkey, where East meets West, Temel experienced a great deal of ethnic diversity. As a result, he speaks Kurdish, Turkish, English and little bit of German. His multilingualism gives him additional insight into his students who are speakers of languages other than English.

“I have 80 kids who are bilingual,” said Temel. That’s a sizable portion of the 447 students enrolled in the kindergarten-eighth grade school. “Language is one way of communication and art is another, it’s a great form of expression.”

Though his school focuses on math and science, Temel is quick to point out that the arts are a big part of the curriculum. “You’d be amazed how much art there is in math and science. The arts give skills that will help students’ personal maturity levels; it will give them a horizon as an individual. We want to promote that. We want our children to be productive individuals, someone who can create. That’s the goal.”

Much like Temel, seventh-grader Evan Lambert wants to gain proficiency on the guitar, though his interest skews toward the electric variety. He enjoyed International Night and explained that the event is important because “different cultures have different arts that they use to express their feelings and beliefs. This shows that even though people are different it doesn’t mean you treat them differently.”

Eighth-grader Lauren Vickery agrees and explained the event “is to embrace each other and be thankful that we have each other.” When reflecting on why the arts seem to bring people together, Lauren said “the arts touch you in your soul.”

A self-proclaimed theater geek, she volunteers at the Leaf Theater in Quincy and she loves seeing the crowd it attracts. “Everyone in a 20-mile radius would come by to participate and you can see all different kinds of people. It’s kind of beautiful.”

Describing himself as “mostly Pilipino and Chinese,” sixth-grader John Rivera’s favorite part of the night was the food. He confessed, “I’ve been eating a lot. My favorite is the Turkish food.” For John, International Night was about respect and recognition. “We want to be prideful of our diversity so that we can be tolerant. That’s like treating others as you want to be treated. We’re all different and we want to show it out.”

Tallahassee School of Math & Science is committed to enrolling a diverse student population and abides by the Florida Statutes that forbid discrimination on the basis of race, national origin, gender, marital status, ethnicity, religion, sexual orientation, or disability.
Read more