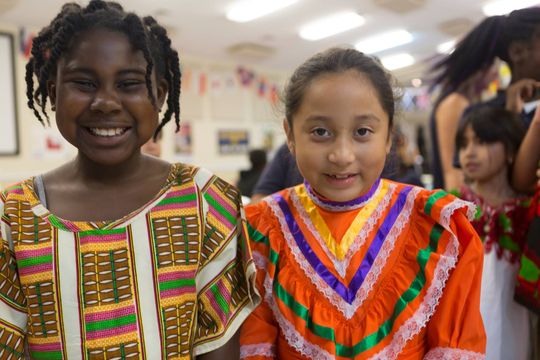 The event kicked off with flute and guitar duo Syncopando giving the audience a musical performance. It was followed by a potluck meal of Hispanic food including salsa chicken, rice and beans, and several desserts, including two different types of homemade flan.

During the meal, attendees were treated to a student performance sung in Spanish, as well as a student-performed puppet show and a traditional Mexican dance. There also were musical instruments, artifacts and art on display.

TSMS prides itself on being a diverse and multicultural school, with students from many different nationalities represented in the student population. The school regularly holds social events such as Hispanic Heritage Night, allowing students to showcase their unique cultures with pride and connect with each other outside of school.

Tallahassee School of Math & Science is committed to enrolling a diverse student population and abides by the Florida Statutes that forbid discrimination on the basis of race, national origin, gender, marital status, ethnicity, religion, sexual orientation, or disability.
Read more